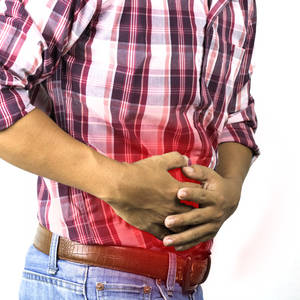 Norovirus: How to recognize this stomach bug and stop it from spreading

Norovirus, also known as the winter vomiting bug or acute gastroenteritis, is commonly thought of as the stomach flu. However, this virus isn't a type of influenza or even a winter illness at all. In fact, this illness can be contracted year-round and is caused by a highly contagious virus.

Its contagious nature means that it's one of the more common illnesses people experience. It's no wonder that between 19 and 21 million people suffer the ill effects of norovirus each year.

This highly viral contagion causes inflammation in the lining of the gastrointestinal tract, resulting in vomiting, diarrhea, chills, headaches, body aches, fatigue and more. Unfortunately, you have to let this virus run its course; because it's a virus, it won't respond to antibiotics. People who contract norovirus usually show one or more of these symptoms within the first 24 to 48 hours. Though many people think of this illness as a type of food poisoning, there are many ways to contract norovirus.

How did I contract norovirus?

There are many ways you could have contracted this common virus or spread it to someone else, but it's primarily spread through the exchange of ill-prepared foods and body fluids, particularly vomit and fecal matter. Changing a baby's diapers, for example, is a common way that parents and daycare workers contract the illness.

Keep in mind that there are many types of this virus, and it thrives in close quarters. This makes it particularly prevalent in the winter when people are more likely to stay inside. As such, it's common for most people to contract norovirus around five times in their lifetime.

How do I prevent spreading norovirus?

Fortunately, people who contract norovirus typically begin to feel better between one and three days. While you have symptoms, be sure to drink plenty of liquids, eat bland foods and get extra rest. You can return to work or school once you've been symptom-free for at least 48 hours. This is because norovirus can be spread even if symptoms are not present; in fact, you can spread the virus up to two weeks or more following your initial symptoms.

Luckily, the chance of spreading norovirus decreases over time. The best thing you can do is avoid contact with other people while the illness runs its course. In the meantime, disinfect surfaces, always wash your hands, and prepare raw foods according to health standards.

Norovirus can be uncomfortable, but it rarely results in long-term health complications. For more information on this virus, contact your doctor today.

Book an Appointment or Find a Location

Managing the mental and emotional toll of COVID-19

Behavioral health issues have soared during the COVID-19 pandemic. Know the signs of anxiety and depression and when to get help.

A better way to get better: 10 reasons to choose Indigo

Why choose Indigo Urgent Care? From our convenient hours and services to refreshingly fast and friendly care, Indigo is a better way to get better, and we have locations near you.